San Francisco’s Big Quake-before and after

Last weekend I went to visit my parents in Santa Rosa and on Saturday night we attended an event at the Elk’s Lodge in Rohnert Park, maybe (it was dark and I wasn’t driving.  Or paying attention, I guess).

Anyway, we sat with some of their friends and all night people came up to Dwayne Miles,  one of the gentlemen at our table and congratulated him on his “30 seconds of fame”.  It seems Dwayne’s ancestors supervised the making of a film in San Francisco in 1906, just days before “one of the most significant earthquakes of all time”   and Dwayne and his nephew, Scott Miles, had recently been on 60 Minutes to talk about it.

The tremblor leveled most of San Francisco and fires burning uncontrollably in the aftermath destroyed almost everything else.  The Miles brothers’ office was among the casualties but the Miles brothers had put their film on a train to New York the night before the quake, saving it from almost certain destruction.

END_OF_DOCUMENT_TOKEN_TO_BE_REPLACED 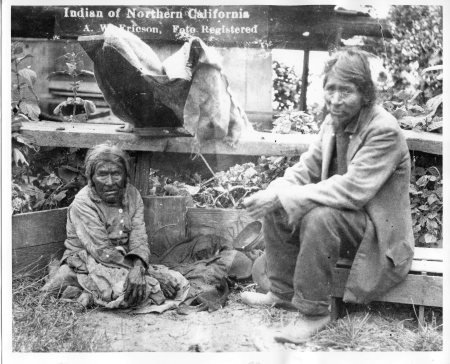 (Maybe) Willie Childs (with Jim James) in her later years

The following newspaper excerpt came to me from SoHum historian Olmanriver.  Thanks, River !

Willie Childs, an Indian woman, has laid claim to a half interest in the estate left by William Childs, a Humboldt pioneer. According to her complaint, her marital relations with Childs commenced at Trinidad in January 1855, & continued until January 1886, in which year Childs left Humboldt to return to his old home in Massachusetts where he had come into a fortune of $50,000, & where he had married Christina Childs, a white woman, to whom he transferred all his property, before the close of his earthly career. The deserted Indian woman claims that the property was transferred for the purpose of defrauding her of rights in the property & she asks the courts to declare that the white wife is entitled to only one half of the property so conveyed & that she is holding the other half in trust for the plaintiff. The suit only affects the property in Humboldt county. The estate consists of stock & ranches valued at $15,680 & about $3,000 for the personal property. The complaint was filed last Saturday, the action being entitled Willie Childs vs Christina Childs.

END_OF_DOCUMENT_TOKEN_TO_BE_REPLACED

Alton before the interchange 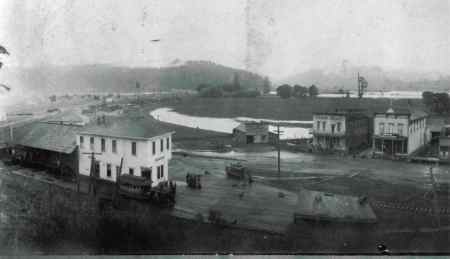 I went down to visit my parents in Santa Rosa this weekend and passed through Alton. 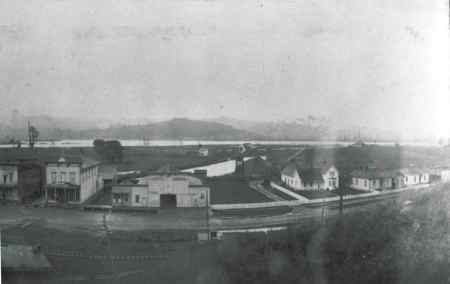 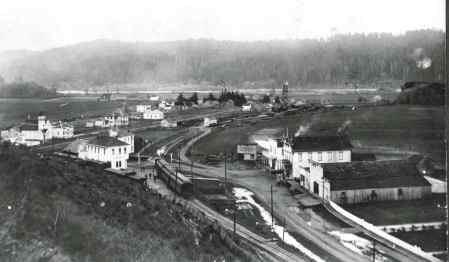 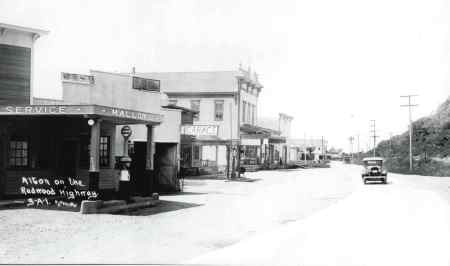 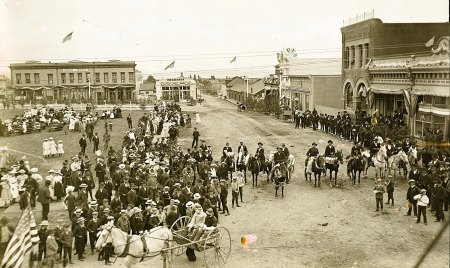 So the photo info states that this is prior to 1896 (maybe that is when the Union Hotel burned down or when the added floors to the Jacoby Storehouse ?) and according to Kevin’s book,  the Plaza wasn’t wired for electricity until April of 1895.

Plus notice the stars and stripes on the horses… Oh, and flags.  Lots of flags.

I am happy to thank Olmanriver for this next post.

I do have a guess as to what these women were doing in the bars “after hours”, though I could be wrong…

“The Daily Humboldt Standard” Eureka, California
April 24, 1884
Ordinance Number 54 of this city makes it unlawful for any female person, between the hours of 8 o’clock P. M. & 6 o’clock A. M. to be in any public drinking saloon, etc., where vinous, malt or spiritous liquors are sold or given away. Upon complaint under this ordinance in Judge Howards Court, Mary Lockhart, Gertie Gilmore, Mollie Mallory & Lizzie Maybers were convicted, & sentenced to a fine of $10 each, or five day’s imprisonment. The fines were paid into Court.

Perversion of the Christmas Spirit

It may seem early for a holiday post but I’ve seen Christmas stuff in the stores already and liked this so much I just couldn’t wait any longer to share.

“The Indian Helper” was an odd place to find 110 year old opposition to Christmas consumerism but here it is.  And it could have been written yesterday.

PERVERSION OF THE CHRISTMAS SPIRIT.

It is probably useless to lift a voice against the commercial perversion of the Christmas spirit.

The bewildering bustle and maddening crush in the great city stores give to certain people a thrill of pleasure, which they fancy is the Christmas feeling.

To see everybody emptying pocketbooks in order to make expensive presents which they can ill afford is in reality a sad sight.

The Christmas gifts which are the tokens of love are among the pleasantest things of the whole year, either to give or to receive.

But when one attempts to find some logical and ethical connection between the anniversay of Jesus’ birth and the monstrosities in advertising, the overwork of employees, and the colossal waste which accompany the “holiday trade,” one wonders that so few religious leaders speak out against the folly and the tyranny of the abuse. 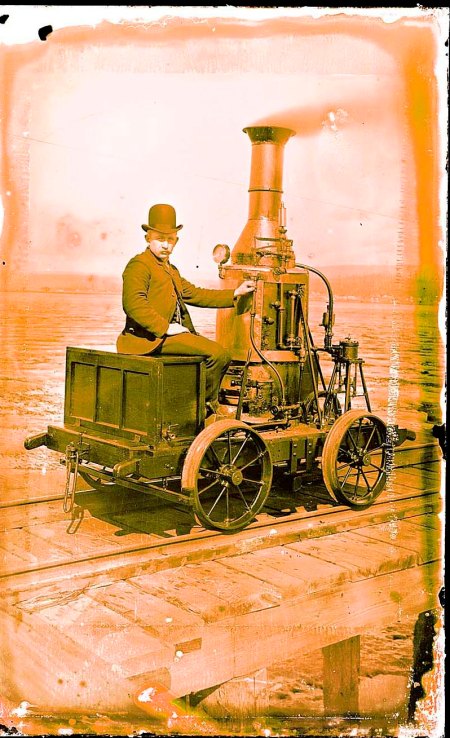 I don’t have a good reason for posting this one.   I just… did.

Though I have heard that the Korbel brothers who founded the town of Korbel are the same ones that eventually went on to build the Korbel Champagne empire.

Unfortunately their website (which requires you to enter your age to prove your over 21 to enter, by the way) doesn’t appear to mention our little town…

It does look like the tracks are right on the water and I think that may be Arcata in the background. 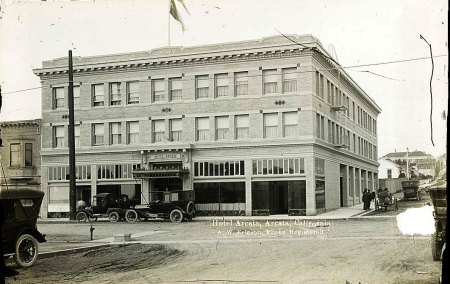 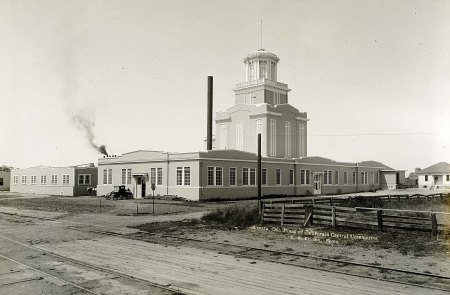 The old creamery building in Arcata provides a great example of  a repurposed old structure.  It is now home to the Arcata Playhouse , a great community venue for all kinds of events.

That great old car would help me date this photo, if I knew anything about old cars… 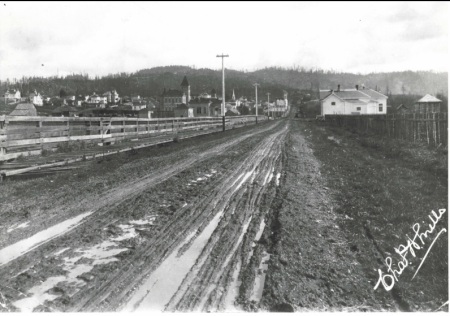 Thanks to Kevin Hoover’s book, From the Pages of The Arcata Union and The Arcata Eye, I now know that on April 23, 1895 Arcata received power from two different companies and the Arcata City Council  “granted permission for poles to be set up and wires strung, with seven new streetlights placed around the Plaza and on prominant downtown corners” .

This little bit of information will allow us to date Arcata photos as pre and post 1895.  (This photo already had date info, but it seemed as good a time as any to share the electical tidbit and give some recognition to Kevin… )