San Francisco’s Big Quake-before and after

Last weekend I went to visit my parents in Santa Rosa and on Saturday night we attended an event at the Elk’s Lodge in Rohnert Park, maybe (it was dark and I wasn’t driving.  Or paying attention, I guess).

Anyway, we sat with some of their friends and all night people came up to Dwayne Miles,  one of the gentlemen at our table and congratulated him on his “30 seconds of fame”.  It seems Dwayne’s ancestors supervised the making of a film in San Francisco in 1906, just days before “one of the most significant earthquakes of all time”   and Dwayne and his nephew, Scott Miles, had recently been on 60 Minutes to talk about it.

The tremblor leveled most of San Francisco and fires burning uncontrollably in the aftermath destroyed almost everything else.  The Miles brothers’ office was among the casualties but the Miles brothers had put their film on a train to New York the night before the quake, saving it from almost certain destruction.

I did a Google search and discovered that the Miles brothers/business  also took many photos after the earthquake, too many for me to post here, but definitely worth a look.

Below are some stills I grabbed from the film, which can be seen on youtube.

(And this is where I thank Peter Jermyn for sending me a link to this film.    I sat at a table with  Dwayne all evening, but completely forgot to ask him how I could watch the video.  Thanks, Peter !) 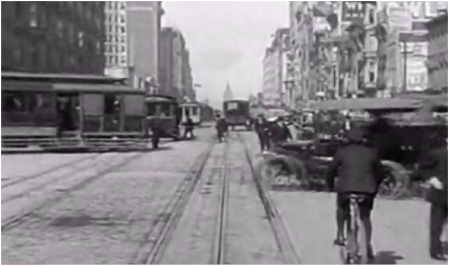 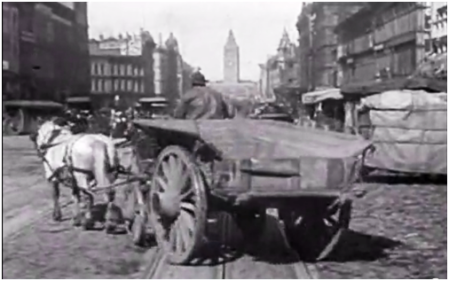 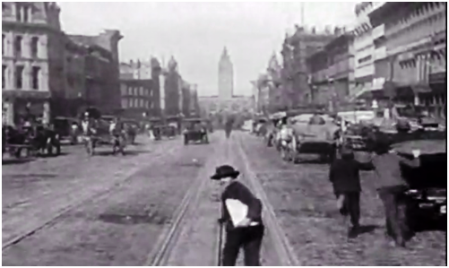 This kid was intentionally running in front of the cable car

﻿It is scary to think he might not have survived the earthquake that happened less than a week later.  Notice his buddies holding onto the car on the right… 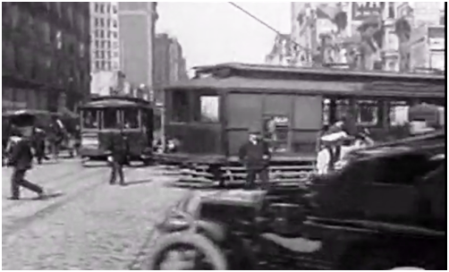 Incredibly busy streets, even then...

And so now I do have to include a few of the “after” photos taken by the Miles Brothers and archived here , just so that everyone can grasp the devastation and significance of the stills above… 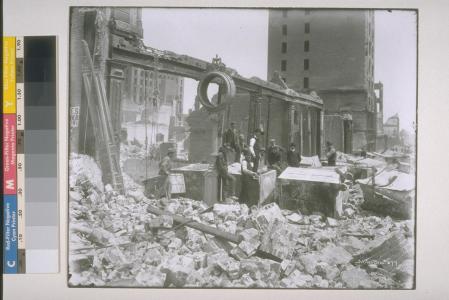 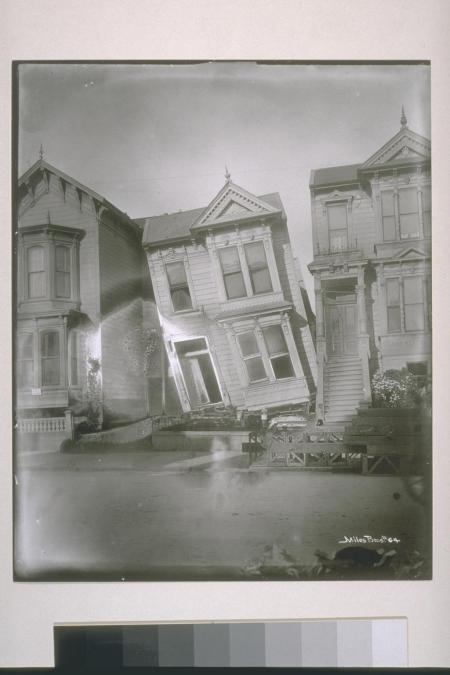 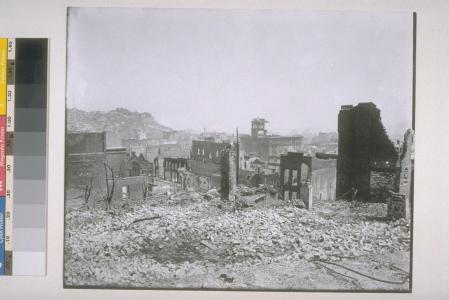 This entry was posted on Friday, October 29th, 2010 at 8:37 am and is filed under Historic Buildings, Houses, Interests, Merging Yesterday and Today, old photos, Old Things, On-Line Resources, Other Topics, Photos, Random Historical Info, The importance of history.... You can follow any responses to this entry through the RSS 2.0 feed. You can leave a response, or trackback from your own site.

8 Responses to San Francisco’s Big Quake-before and after