1906 Expulsion of the Chinese 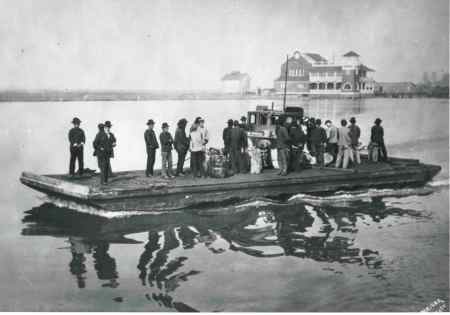 Jeannie Pfaelzer included a photo in her book, Driven Out, The Forgotten War Against Chinese Americans, that references a Chinese expulsion in Humboldt County in 1906- I’ve finally found the story…

In the summer of 1905, the Tallant-Grant Co. of Astoria, Oregon established a cold storage plant at Port Kenyon on the Salt River and with the commencement of the salmon season in October, purchased the fishermen’s catches for two cents a pound. During two months of fishing and at various times, daily receipts of nine, ten, and twelve tons were recorded (Ferndale Enterprise, 1 Aug. 1905; 17 Oct. 1905; 27 Oct. 1905; 5 Dec. 1905). Because Eel River salmon were no longer of the size or grade most desirable for cold storage purposes and in order to handle this surplus, the Company explored the feasibility of developing a cannery at Port Kenyon (Ferndale Enterprise 2 Oct. 1906). An inquiry was made to the Ferndale Chamber of Commerce about the employment of Chinese labor, without which, the Company claimed such a plant could not be successful. The Chamber responded that there would be no objection as long as certain conditions were met,including 1) the Chinese would work only at the cannery, 2) stay no longer than the period of operations, and 3) they would not be permitted at any time to leave the vicinity of the cannery (Ferndale Enterprise 22 June 1906). The Tallant-Grant Company built a 110×50 addition to the Port Kenyon Cold Storage Company building for the cannery, which began operations during the 1906 season. The investors felt that such a facility would be economically viable by utilizing the smaller salmon caught by the local fishermen and easily exported via the Salt River (Ferndale Enterprise 4 Sept. 1906; 9 Oct. 1906). END_OF_DOCUMENT_TOKEN_TO_BE_REPLACED

Arcata Boardwalk and Other Things, c. 1930

Please click on the photo to enjoy the details 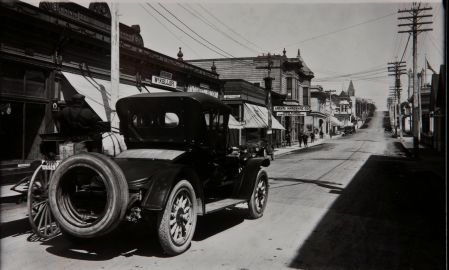 Check out the New York Public Library Collection on Flickr

These aren’t us, but they are amazing. This site holds a wonderful and varied collection of historic photos. Some of the portraits featuring immigrants in their native dress (down the page in the Ellis Island Collection) are especially interesting.

Carson Block – Then and Stucco and Now

Please click on the photos to enlarge and see details. 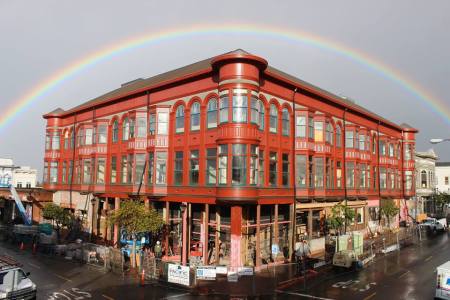 One of Many Lucys

I recently (finally) finished a story about Lucy Romero for the North Coast Journal. It is an important story and I am thankful to Thad Greenson, their editor, for working so long and patiently with me to get it done.

There is one point I failed to include though and so want to share it here. This is from a post I did years ago, but it is just as important to remember now…

In the western movie, Broken Trail  , there is a scene where Robert Duvall struggles to learn the names of five Chinese girls under his care.  They speak no English and growing frustrated, Duvall’s character points to each one in turn and names them, “One, Two, Three, Four… “.  The girls accept the names, because they have no choice.

The same thing happened here.  When the white settlers arrived, they re “named” the native people.  Smo-Wa became Henry Capell (he was from the village of Capell).  Corn-no-wish became Weichpec Oscar.  Zo-wish-wish, a Wiyot woman related to Lucy’s daughter, Annie, was also known as “Rose”.

Lucy, the woman I write about, was only one of many “Lucys”.

Shoot, this may be one of my favorite photos–there are so many fantastic details.

PLEASE click to enlarge and you’ll notice the Fortuna Theater, playing When a Man’s a Man, on the left  and that the town loved cars long before this weekend’s Auto Xpo.

Check out the billboards on the left. Looks like they also had two fueling stations, tire shop AND a garage/repair shop.  And is that a Chevy Dealership on the left?

Check out the AutoExpo down in Fortuna this weekend and you may see some of these very same cars cruising Main Street.

Please click to enlarge and enjoy the lovely detail.

Tin Can Mailman building on the right, Minor Theater on the left, 1913